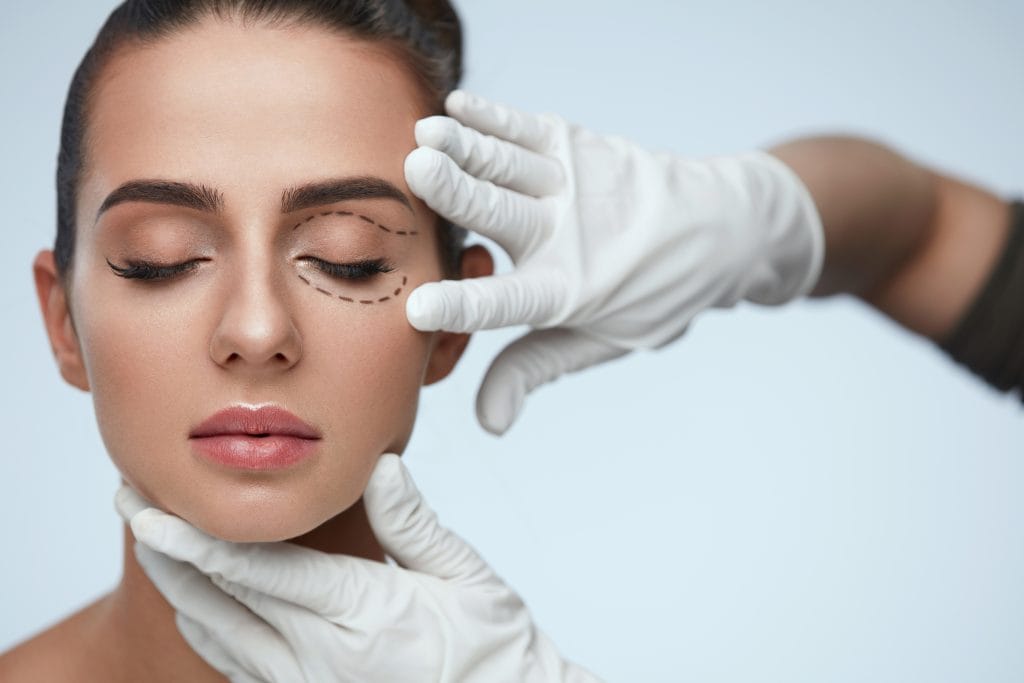 What is Eyelid Aesthetics

The eyes are one of the most striking areas on the human face. People often make eye contact when communicating. In such cases, the aesthetics of your gaze and eye area becomes a very impressive factor. Considering the aesthetic concerns, people with droopy eyelids do not want to make eye contact, which causes a lack of self-confidence. Especially women have difficulties in putting on make-up. In terms of health, droopy eyelids prevent your eyesight. Experiencing such a situation is a cause of unhappiness for both women and men. However, you do not have to experience this situation, thanks to the developing medical and technological innovations, you can permanently get rid of these negativities for your health and aesthetic appearance, thanks to eyelid aesthetics. If you want your happiness to be reflected in your eyes, you can have eyelid aesthetics to get rid of the eyelid problem that makes you unhappy.

How is Eyelid Surgery Performed?

After the necessary controls are made before the eyelid surgery, the patients who are suitable for the surgery are taken to the required area for the procedure. Eyelid surgery is usually performed under local anesthesia and in some cases, it is performed under general anesthesia. The procedure takes between 30 minutes and 1 hour. In detention surgery, excess fat is removed from the eye and the rate of withdrawal complications is reduced. In eyelid surgery, excess skin tissue is removed with small incisions and aesthetic stitches are placed. Ice application is recommended to reduce swelling and bruising after the operation.

The face area, especially the eyes, is very important for both women and men in terms of aesthetics. In some cases, visual deterioration is experienced in the eye area due to accidents, while some people have congenital drooping of the eyelids. With the effect of aging, there is a drooping of the eyelids due to weakening of the eye muscles. In this case, the way to eliminate aesthetic and health problems is eyelid aesthetic operation. In terms of health, it is possible to solve the droopy eyelid at a level that will prevent vision over time with this easy operation. Especially women are unhappy because of the low or small fold area when applying make-up, and this situation finds a solution thanks to a very simple eyelid aesthetic operation.

Some people have a faint and sleepy appearance due to droopy eyelids called ptosis. This condition is called eyelid drooping. Eyelid drooping occurs due to deterioration in the muscle layer. If the eyelid covers the colored part of the eye by 1-1.5 mm, it is healthy.

Eyelid aesthetics is not a difficult operation. It is normal to feel slight pain after the surgery. These pains go away in 2-3 days.

Will There Be Bruising After Eyelid Surgery?

One of the most common side effects after eyelid surgery is bruising around the eyes. Even if it is a small procedure, eyelid aesthetics is a surgical operation, so it is very normal to have bruising and swelling. The bruises that occur begin to heal slowly in the first week after the operation.

How Long Does Eyelid Surgery Take?

Eyelid surgery takes an average of 30 minutes to 1 hour.

When is The Return To Work Life After Eyelid Surgery?

After eyelid surgery, you can return to your work life in an average of 7 to 10 days. Your doctor determines the exact date of this period.

Is There A Risk Of Eyelid Aesthetic Surgery?

There is some risk in every surgical operation. Since aesthetic surgeries are more programmed and planned procedures, there are fewer risk factors. In eyelid surgery, although the risk factor is very low, there are risks such as damaging the eye area or not achieving the desired aesthetic appearance.

How Many Days Should I Rest After The Operation?

It will be beneficial for you to rest for a certain period of time and stay away from environmental factors after eyelid surgery. Those who lead an active business life can continue to rest by getting a report from their doctor.

When To Go To The Doctor’s Control After The Operation?

A post-operative control program is performed. In general, the first control is performed 1 week after the operation.

What İs The Age Limit For Eyelid Surgery?

If the droopy eyelid prevents vision, it is performed after the age of 18. The upper age limit for the operation is 70 years old. For those who experience droopy eyelids due to aging, the recommended age is 30 and over.

Does The Result Of The Surgery Differ From Person To Person?

In particular, drooping of the eyelids is a sign of aging. No operation is guaranteed forever. In this case, the eyelid surgery may also experience some deterioration over time, even if not completely. There is a possibility of experiencing these deformities in an average of five to ten years.

If your doctor approves after eyelid surgery, you can use lenses 1 week later. During this period, glasses can be used with the approval of the doctor.

When eyelid surgery is performed by a specialist, it gives permanent results. However, deformities are seen as a natural process in advancing ages.

The eyelid is one of the most sensitive areas. The incisions formed after the surgery begin to heal gradually within an average of 1 month.

This site has been prepared to inform its visitors and does not provide health services.

The information on the site should not be used for diagnostic and therapeutic purposes in any way.

Consult a doctor for diagnosis and treatment.